Directly opposite the Cycling Killarney depot is the cycle path to the National Park. After passing fine views of Loch Lein your first stop is Muckross Abbey. Built in 1448, it was founded as a Franciscan friary by local chieftain Donal McCarthy Mor. It contains tombs of Gaelic chieftains, eerie chambers and gloomy staircases. It was here in 1588 that Florence McCarthy married his cousin, Lady McCarthy, in a secret midnight wedding.

Several monks were murdered when the abbey was looted and burnt by Cromwellian soldiers in 1652. A mysterious hermit lived for many years in the upstairs kitchen. History, intrigue, scary bits – it’s all here.

A short distance further is one of Ireland’s most popular visitor attractions, the focal point of the National Park, Muckross House, a Victorian mansion built by Henry Arthur Herbert in 1843. Following turbulent times, the house, gardens and lands were gifted to the Irish nation by the then owner Arthur Vincent in 1932.

The House is surrounded by beautiful gardens. They are particularly colourful in May when the rhododendron is in bloom.

Last Summer, my family and I hired bikes from you. We had a wonderful time and would like to thank you for the care you showed and your attention to detail. The bikes were excellent, the Kilalrney national park route was beautiful and your kindness and friendliness amounted to a terrific day! Thank you so much.

Adjacent to the Muckross House are Muckross Traditional Farms. Step back into the past and visit a very different Ireland, as lived the 1930s and 1940s. Back then, a trip to the well for water was still a daily chore for the housewife and electricity had yet to be introduced to the countryside.

While admission to the Gardens is free, there is a charge for entry to the House and Traditional Farms.

From Muckross House follow the road within the National Park to Torc Waterfall. When you arrive at the jaunting car parking area, look for the under-road tunnel on the right by the river. You can park your bicycle here. The 20m (65ft) falls are spectacular, particularly after rain. There is no entry charge.

Rather than taking the N71 back to the Cycling Killarney depot, it may be best to retrace your tracks through the National Park. It is a beautiful cycle beside Muckross Lake and Dundag Beach which is located half way between the waterfall and Muckross House. Note the Arthur Young Walk which is a spectacular hiking path, starting at Muckross Boathouse and taking you around the peninsula, past Dundag Beach and back to the boathouse. You can park your cycles at the boathouse.

This route can be done on a National Park path, away from the road, so is ideal for families!

Toilets are located at Muckross House and Torc Waterfall

Lunch and snacks can be purchased at Muckross Garden Restaurant 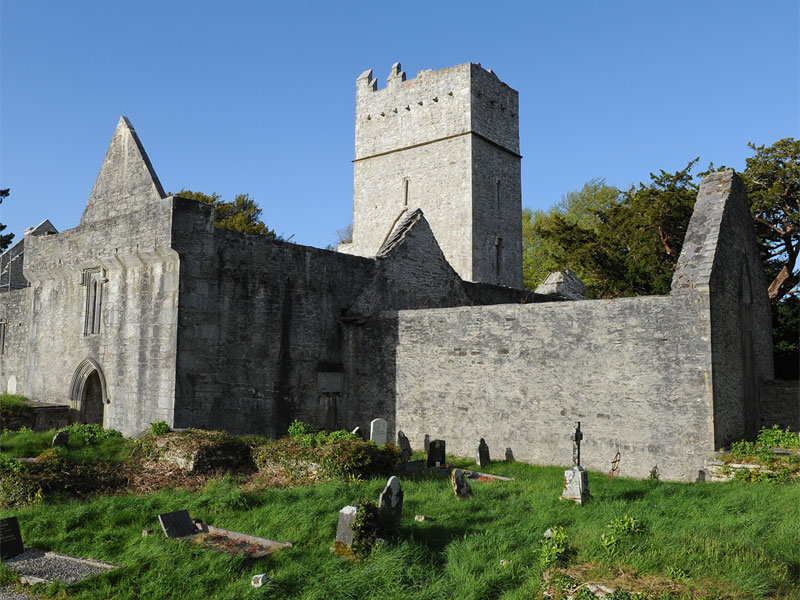 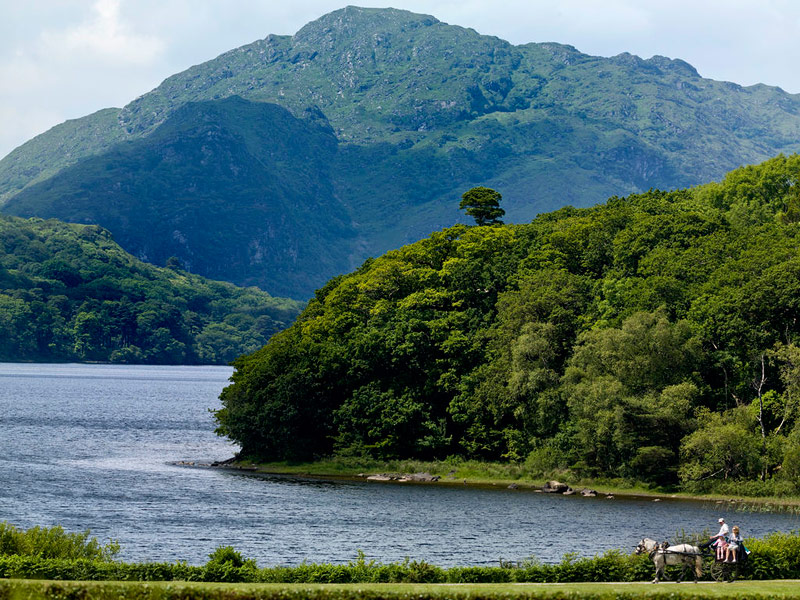 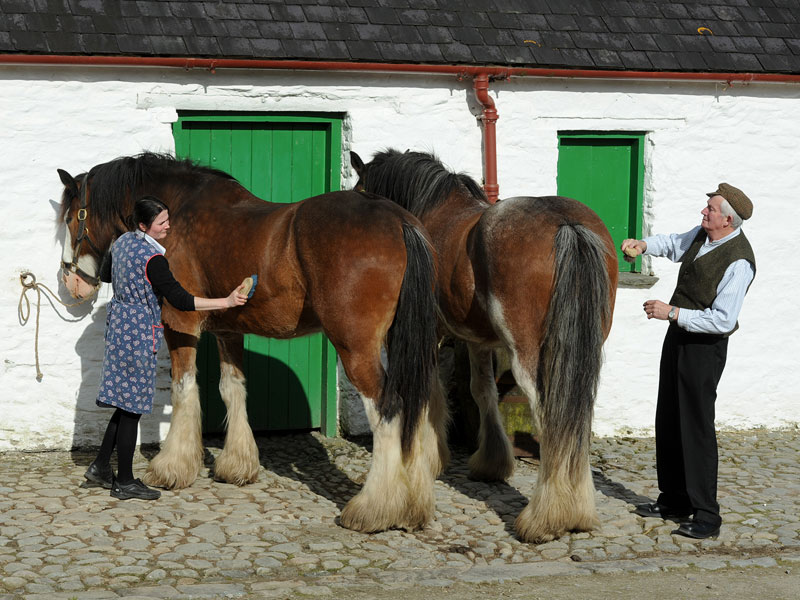 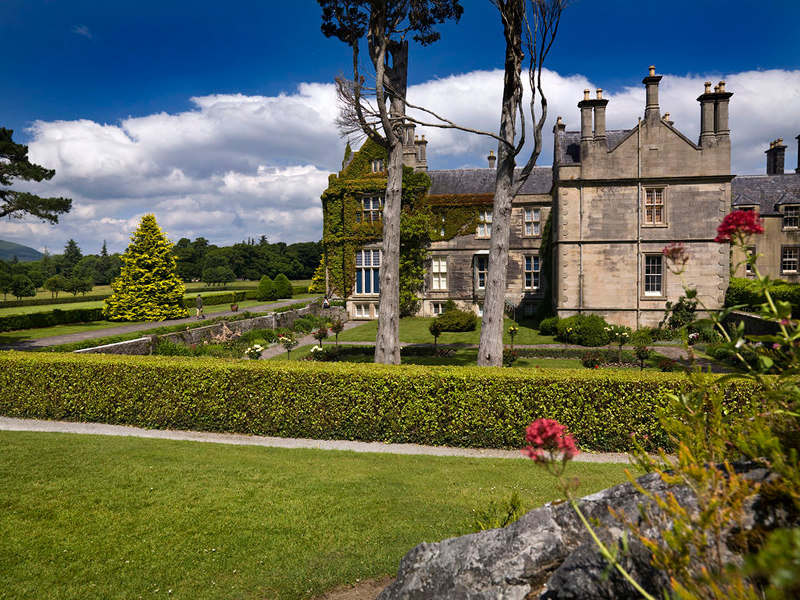 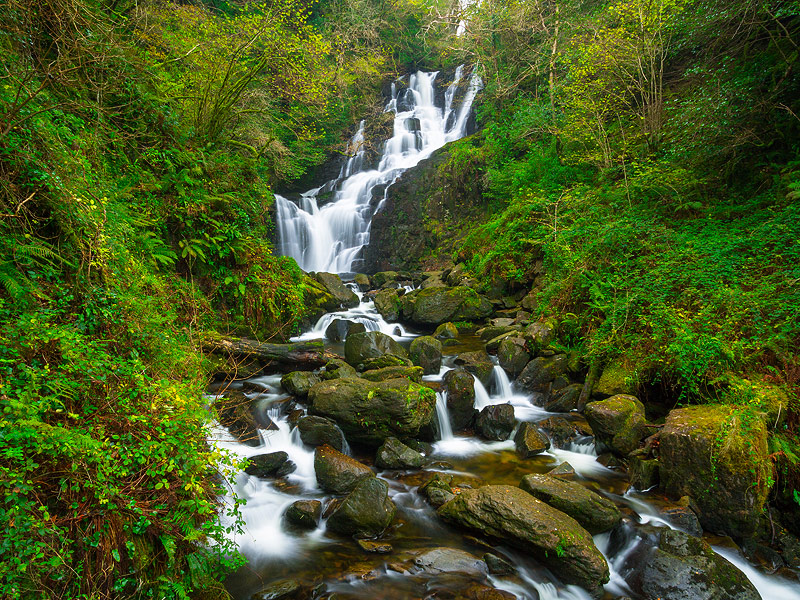 “I would highly recommend using Killarney Bike Rental and bikes, the way to go, as it’s just so easy to get around”.
Marcus Ryan, UK

This website uses cookies to improve your experience while you navigate through the website. Out of these, the cookies that are categorized as necessary are stored on your browser as they are essential for the working of basic functionalities of the website. We also use third-party cookies that help us analyze and understand how you use this website. These cookies will be stored in your browser only with your consent. You also have the option to opt-out of these cookies. But opting out of some of these cookies may affect your browsing experience.
Necessary Always Enabled

Any cookies that may not be particularly necessary for the website to function and is used specifically to collect user personal data via analytics, ads, other embedded contents are termed as non-necessary cookies. It is mandatory to procure user consent prior to running these cookies on your website.